Found your IP The Rainbow Center

Teachers are everywhere, especially if we are open. Family, friends, strangers and enemies can all be teachers. Enemies? We can understand family and friends and school teachers, but enemies? Those that we dislike may have the most to teach us. They show us our own weaknesses.

For 15 years, she was our Teacher, astrologer, psychic, spiritual counselor, friend, confidant as well as God mother to our first three children. She set the example in more ways than one. She looked like anyone’s grandmother. When she spoke from the personality, that’s what she was. When she spoke from the Higher Self, it was the Truth it was best if you listened. She was a lifelong student herself and with her we were introduced to many different areas of study. [picture]

“Issie”, as she was known was a contemporary of Helen’s. She was an astrologer and spiritual teacher. We never spoke with her directly but we talked to her daughter also named Helen a few times when we were ordering her mother’s book “It Is All Right” which we use as a metaphysical primer. We also use Issie’s book on Astrology.

We believe that each of us are three part beings which we talk more about when we get to Huna. Our Higher Self (HS) is the part of us that is eternal and is connected to the Divine. When we listen to the little voice within and/or connect to the HS we can receive guidance (teaching) that is perfect for us and for the moment.

He was a Chippewa medicine man who opened the doors for many people into Native American sacred ways. My first purification (sweat) lodge ceremony was with him. He was a sacred medicine pipe carrier. He took a lot of heat from some of Native American brothers and sisters for introducing white people to Native American spiritual ways, but I believe he was right to do so.

She is a medicine woman with whom I have studied and showed me, among other things, how to build a purification lodge. I had watched and help build several, but there were many small details that are important.

(Charles Thom, Sr.) He was a Karuk spiritual leader who ran purification lodges that were open to the public. At least once a year, he would hold purification lodges on Mt. Shasta, a very sacred and spiritual place. He was very personable, with a great sense of humor. You couldn’t help but like him.

A Seneca Sachem (Chief or tribal leader), spiritual elder and orator who lived in the body from roughly 1750 to 1830. His Seneca name was Sageyowwatha meaning “he who must be heard”. My communication and guidance with him has been on the inner planes. When he is with me, others perceive him as having a great presence and/or very powerful.

He was a Lakota spiritual elder / medicine man. It is impossible to say enough about Wallace. His influence was and is world-wide. He was the “holiest” person I have met in “person”. His purification lodges and other ceremonies were often magical. He was a sacred pipe (Chanunpa) carrier. Listening to him I always felt that he and the Creator were on a first name basis. 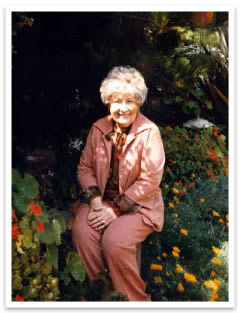 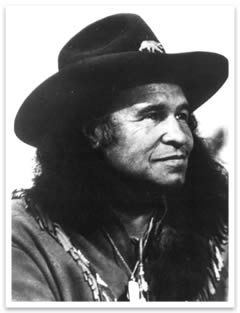 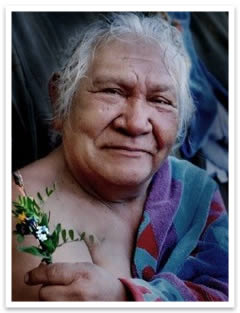 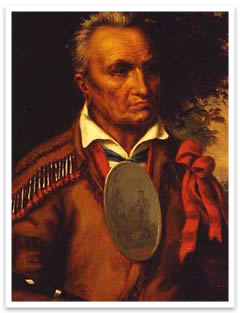 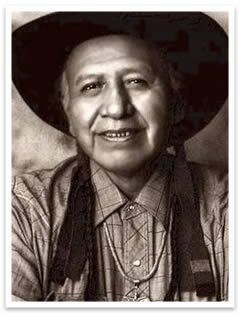 © 2017 The Rainbow Center - All Rights Reserved